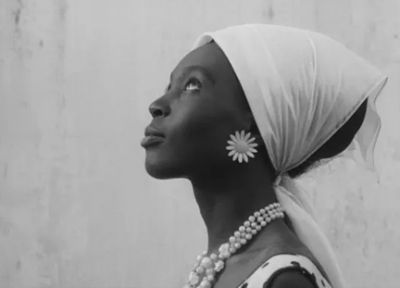 A black girl from Senegal becomes a servant in France.

The first feature by Senegalese director Ousmane Sembène, known as the father of African cinema, exposes the legacies of colonialism with a dignified and heartbreaking performance from Mbissine Thérèse Diop.

Black Girl tells the tragic story of Diouana, a young Senegalese woman who finds work as a childminder for a French couple in Dakar. When the couple return to the south of France, she goes with them, dreaming of a glamorous life on the Côte d'Azur. However, things don't turn out as she planned.

"Black Girl or La Noire de… was the first of Ousmane Sembène’s pictures to make a real impact in the west. An astonishing movie, so ferocious, so haunting, and so unlike anything we had ever seen”